Our research is in the area of Mechanobiology, with focused efforts in understanding the molecular mechanisms by which cell generated mechanical forces and associated signaling pathways enable cell and tissue functions. We have contributed to the development and application of new methods for sub-cellular mechanical perturbations including laser ablation of cytoskeletal structures and direct nuclear force probes. A distinctive feature of our work is that experimental findings are either motivated by or interpreted with mathematical modeling/computational predictions. Using these platforms, we have proposed new explanations for why microtubules adopt certain conformations during cell motility, how tension is established in dynamic stress fibers which enables cell adhesion and migration, how cells find their geometric center, and how the cell shapes and positions the nucleus for establishing cell polarity. In addition, we have established the concept that nuclear-cytoskeletal linkages are functionally involved in tissue development and cell mechanotransduction. Current research projects in the laboratory include quantitative measurements of nuclear forces, the effect of mechanical stresses on nuclear functions and gene expression, cellular adaptation to mechanical properties of the extracellular matrix, and the mechanics of tissue development. A key interest is in the field of Cancer Mechanobiology, with a focus on the role of the nucleus in the development of aberrant tissue structure and function. 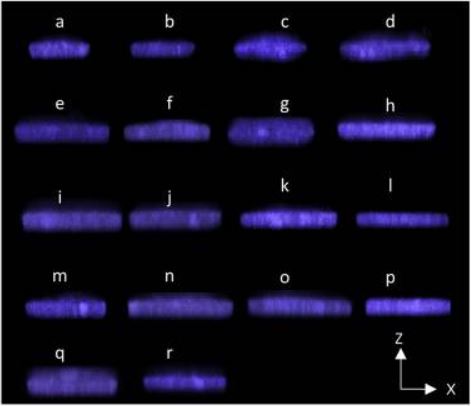 The Role of the LINC Complex in Health and Disease

The LINC complex refers to nuclear envelope proteins which mechanically connect the nucleoskeleton and the cytoskeleton, which are important protein networks that govern cellular behavior. The role of the LINC complex in cellular functions like migration, mechanotransduction and tissue development is poorly understood. We have found that the LINC complex regulates genome-wide transcriptional responses to substrate rigidity, and enables mechano-chemical responses of cells to matrix strain.

The SYNE-1 and SYNE-2 genes encoding LINC complex proteins nesprin-1 and nesprin-2 are frequently mutated in breast cancer. Some of these alterations result in changes to the length of these large proteins (> 800 kDa), and some are predicted to abrogate LINC complex function by altering the interaction between the nesprin and SUN proteins and/or the cytoskeleton. Yet, how such alterations to the LINC complex might contribute to cancer development is unknown. We have found that the LINC complex contributes to a loss of tissue structure in glandular epithelia, reminiscent of abnormal glandular tissue structures in cancer. 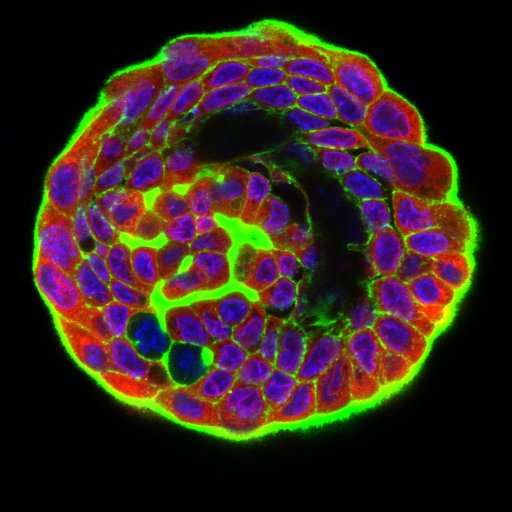 Mechanisms of Nuclear Shaping and Positioning

We have a long-standing interest in the mechanisms of nuclear shaping and positioning. We have proposed the concept that the nucleus transmits mechanical stresses in migrating cells and nuclear position is determined by a balance of forces from the leading and trailing edge of the cell. Furthermore, we have proposed a new mechanism for how the nucleus is shaped in cells. This mechanism has the following key features to it: 1) the nucleus does not store elastic energy in the cell, 2) stresses on the nuclear surface are generated by moving cell boundaries, 3) Stress transmission occurs through friction generated in the F-actin network that is in between the moving boundary and the nuclear surface (summarized in a perspective article in the Journal of Cell Biology). We have used traction force microscopy to estimate forces on the nucleus in migrating fibroblasts and established the concept that the forces on the nucleus during migration are tensile. Ongoing studies in the lab are focused on the mechanisms of nuclear dysmorphia in cancer. Irregular nuclear shapes characterized by blebs, lobules, micronuclei, or invaginations are hallmarks of many cancers and other human pathologies. Despite the correlation between abnormal nuclear shape and human pathologies, the mechanism by which the cancer nucleus becomes misshapen is not fully understood. 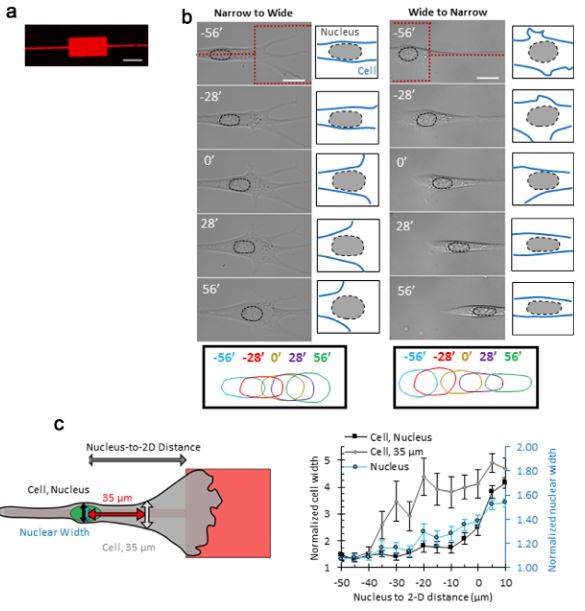 Tools and Models for Nuclear Mechanics

We have developed new probes to apply controlled, known mechanical forces to the nucleus. We have proposed and tested computational models for viscous stress transmission from the moving cell boundary to the nuclear surface, and dynein-based torque generation on the nuclear surface. Ongoing studies in the lab are focused on developing new methods for quantifying nuclear forces during cell migration. 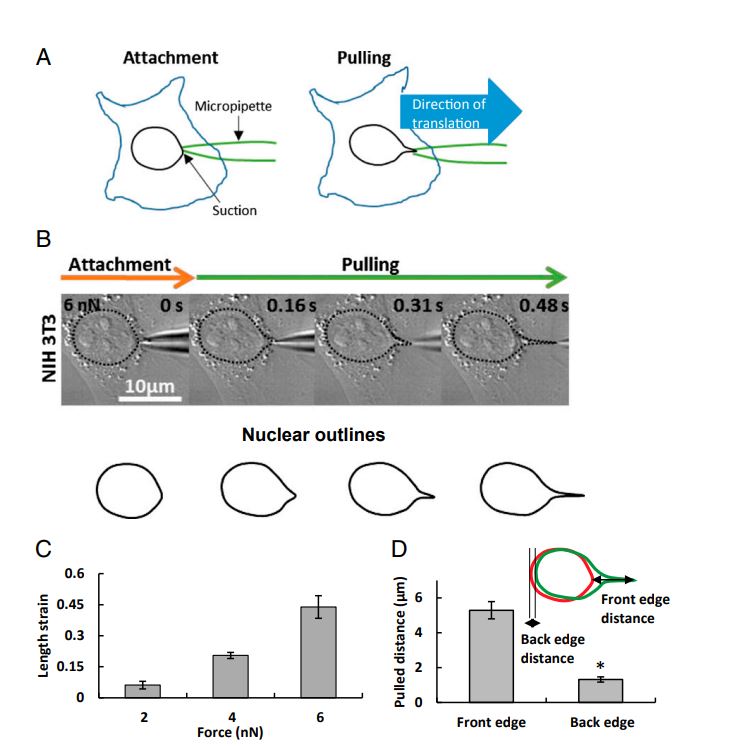 We are interested in understanding the mechanics of cytoskeletal networks. Using laser ablation of sarcomeric actomyosin stress fibers, we have proposed that tension in stress fibers is due entirely to myosin mediated forces, and not due to spring elements that store elastic energy. By performing microtubule ablation, we have shown that dynein motor forces bend microtubules to put them under tension. Further, these tensile forces center the centrosomal array of microtubules. Kent IA, 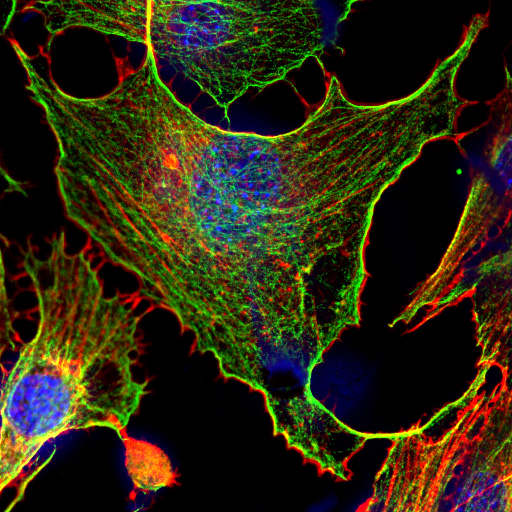